Scientists are working towards building brain-controlled prosthetic limbs, and this recent study from researchers at the University of California suggests that the task of controlling those machines could be getting much easier, finding that a paralyzed patient was able to control a computer using a new system which learns to work with a user’s brain over time.

Brain-computer interfaces are not a new concept, but the researchers say that their model allows patients to plug and play without struggling to relearn certain skills after shutting the prosthesis off.

“The BCI field has made great progress in recent years, but because existing systems have had to be reset and recalibrated each day, they haven’t been able to tap into the brain’s natural learning processes. It’s like asking someone to learn to ride a bike over and over again from scratch,” says study senior author Karunesh Ganguly in a university release.

“Adapting an artificial learning system to work smoothly with the brain’s sophisticated long-term learning schemas is something that’s never been shown before in a person with paralysis.”

Their updated brain-computer interface uses a pad of electrode arrays that is about the size of a post-it note; this is surgically implanted onto the surface of the brain to record neural activity as opposed to relying on sharp electrodes to penetrate brain tissue as older systems did that ran into issues with losing signals over time.

This system was implanted into a patient, Ian Burkhart, earlier this year who is already making incredible breakthroughs by regaining the use of his right arm after a severe spinal cord injury, the BCI implant has allowed for the successful connection of neural signals between the brain and arm.

The device also attaches a series of electrodes to the patient’s skin, and after making the connection to Burkhart’s arm the wires were able to relay movement signals from the brain straight to his muscles while avoiding the area that has been paralyzed by his spinal injury. Using this technology Burkhart has gained enough control over his arm to be able to lift up a cup, swipe a credit card, and play video games like Guitar Hero.

The report published in Nature Biotechnology describes the process of how a patient with paralysis of all four limbs was able to move a computer cursor on a screen with their mind using an algorithm that learns to match the brain activity that the ECoG electrodes record from the patient. At first, the algorithm had to be reset daily after the patient practiced moving the cursor, but eventually, the BCI updated itself after which it could take hours before the computer matched the person’s movements again. The team stopped resetting the system to allow the BCI to continually update itself as the brain sent out signals. Progress was initially slow, but now according to the researchers, the team is able to use the system without the delta of starting over each day.

“We found that we could further improve learning by making sure that the algorithm wasn’t updating faster than the brain could follow — a rate of about once every 10 seconds,” Ganguly, a neurologist with UCSF Health adds. “We see this as trying to build a partnership between two learning systems — brain and computer — that ultimately lets the artificial interface become an extension of the user, like their own hand or arm.”

According to the researchers, the patient’s brain eventually begins to maximize the connection to the BCI, and the brain starts to identify what signals drive the ECoG electrodes most effectively and it will eliminate using weaker signals. The mental model the brain forms with the BCI is something that will not happen when the machine gets reset every day, and the USCF finds that a patient will retain this model of how to use the BCI even if it is reset after several weeks of use.

“Once the user has established an enduring memory of the solution for controlling the interface, there’s no need for resetting,” Ganguly explains. “The brain just rapidly convergences back to the same solution.”

ECoG arrays are more stable and possibly more reliable for use in future artificial limbs, the team hopes that this model will be used to create technology which the body’s immune system won’t reject after prolonged use.

“We’ve always been mindful of the need to design technology that doesn’t end up in a drawer, so to speak, but which will actually improve the day-to-day lives of paralyzed patients,” the neurologist concludes. 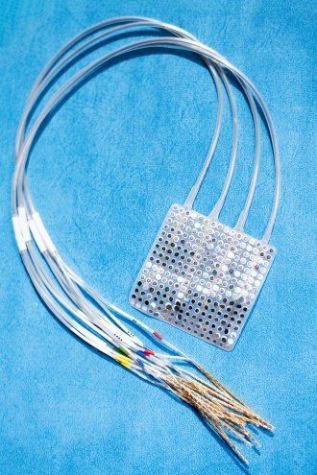