Human cerebral organoids are small balls of human brain cells ranging in size from a poppy seed to a pea; scientists use human skin cells to create them. CJD, a fatal neurodegenerative brain disease of humans caused by infectious prion proteins, affects about 1 in 1 million people each year. It can arise spontaneously, result from a hereditary mutation within the prion gene, or arise due to infection, for example, from eating contaminated meat products.  A notable example of this occurred in the United Kingdom in the mid-1990s following an outbreak of bovine spongiform encephalopathy in cattle. There are no preventive or therapeutic treatments for CJD.

The lack of a completely human CJD model has been a considerable barrier hindering the discovery of potential therapies. Studies in mice have failed to identify treatments that were then effective when tried in patients. The human cerebral organoid CJD model holds promise that this barrier can be eliminated. Cerebral organoids have organization, structure, and electrical signaling systems similar to human brain tissue. Because they can survive in a controlled environment for months to years, cerebral organoids also are ideal for studying nervous system diseases over lengthy periods of time. Cerebral organoids have been used as models to study Zika virus infection, Alzheimer’s disease, and Down syndrome.

The CJD study was conducted at NIAID’s Rocky Mountain Laboratories in Hamilton, Montana.  Scientists tested pentosan polysulfate (PPS) to determine its potential preventive and therapeutic benefits. In the experiments, PPS treatment reduced the disease indicators by 10-fold or more without causing tissue death. PPS is a benchmark anti-prion compound in laboratory experiments, but it is rarely used clinically because it requires direct administration into the brain.

While it may extend a patient’s life, PPS has not been shown to improve quality of life. However, using the anti-prion properties of PPS with the new human organoid CJD model allowed the researchers to assess the value of this model system for drug discovery. The scientists showed that the human organoid model can be used to screen compounds that may be useful for preventive treatment. Such treatment could be used for people carrying genetic mutations that cause the disease, but who have not yet developed symptoms, or for people who may have been exposed to infectious prion proteins that might cause CJD. The model further proved useful for screening drugs against established CJD after a patient is diagnosed and starts showing symptoms of disease.

The scientists are working to expand the organoid model for screening larger numbers of novel drug candidates. Their goal is to find treatment options for people who are susceptible to CJD because of their genetics or who accidentally are exposed, as well as for those who develop sporadic disease. They are optimistic that with their fully human model of disease, they can now identify compounds with promise for benefitting patients with CJD. 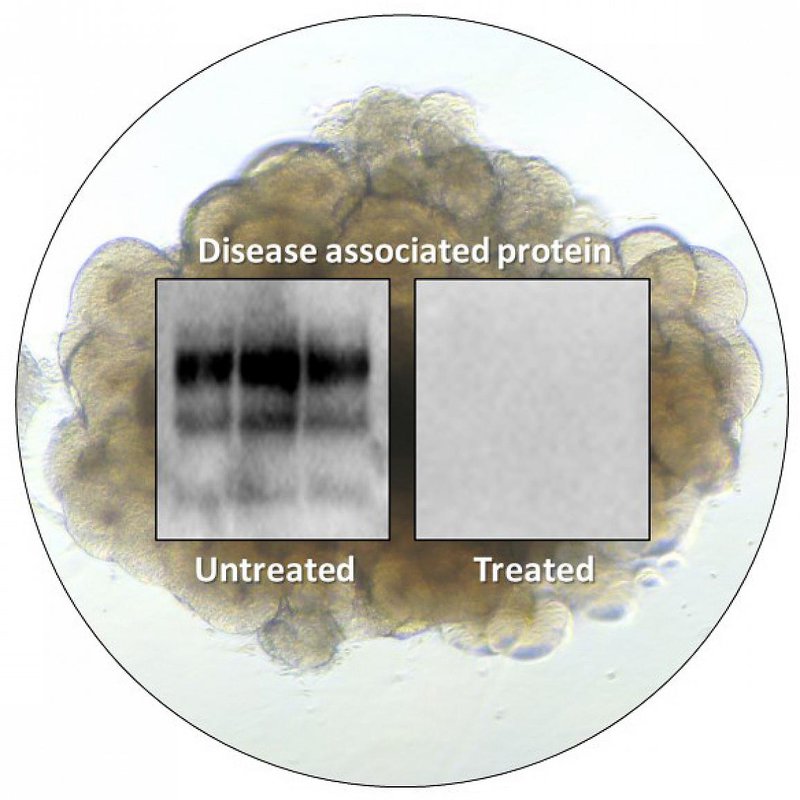