Heavy Metals: NOT Music For Your Heart


Article courtesy of: Dr. Joel Kahn, MD, who is a Clinical Professor of Medicine at Wayne State University School of Medicine, one of the world's top cardiologists, best selling author, lecturer, and a leading expert in plant-based nutrition and holistic care.

The term “idiopathic” derives from the Greek as “one’s own suffering” is used liberally in conventional medicine to refer to disease of unknown cause. The clinical model in integrative medicine encourages a deeper investigation of disease origins. An example in cardiology is the frequent diagnosis of an idiopathic dilated cardiomyopathy. It is over 25 years since it was reported that cardiac tissue concentrations of heavy metals such as antimony and mercury were 10–20,000 times higher than in samples of heart tissues from patients with an established secondary cause of heart injury (1).

Little work on this provocative observation in terms of further testing or therapeutic trials has followed this report but the matter has taken on even more significance with a rash of persons suffering from cobalt toxicity from hip prostheses (2). In a cell line of human macrophages, cobalt induced high levels of (hypoxia-inducible factor) HIF and triggered inflammation (3). The importance of identifying and treating this disastrous iatrogenic illness is highlighted by its association with neurotoxicity, DCM, and death (4). Finally, the rise of a condition called Takasubo’s cardiomyopathy (or the Broken Heart Syndrome) which mimics a myocardial infarction due to epicardial coronary occlusion but has other origins has recently been linked to a hypersensitivity to metals, particularly mercury, in addition to extreme stress (5).

The latest chapter in the potential role of heavy metals and the world-wide issue of cardiac disease relates to the role of lead exposure and toxicity (6). Using the NHANES-III sample of over 14,000 adults studied until 2011, blood lead levels were examined as a potential contributor to mortality over a median of 19 years of follow up. A blood lead level of over 5 ug/dl was found in 20% of those studied. Increasing levels of lead in the blood was associated with all-cause mortality, cardiovascular mortality, and ischemic heart disease mortality (hazard ratio of 2.08 for ischemic heart disease mortality). The results were adjusted for age, sex, household income, ethnic origin, diabetes, body mass index, smoking status, alcohol intake, diet, physical activity, and amount of cadmium in the urine. The attributable fraction of the concentration of lead in the blood for all-cause mortality was 18%, or an estimated 412,000 deaths annually in the USA. Even higher attributable fractions were calculated for cardiovascular mortality (29% or 256,000 annual deaths) and ischemic heart disease (37% or 185,000 annual deaths). The number of deaths is comparable to those attributed annually to smoking. The authors concluded that low-level environmental lead exposure was an important but largely overlooked risk for death in the USA. They called for a comprehensive strategy to prevent deaths from cardiovascular disease that would include efforts to reduce lead exposure.

The concept that there are “safe levels” of toxicant exposure, even if low-level environmental exposure, needs to be reassessed, as they may be a leading cause of premature death. 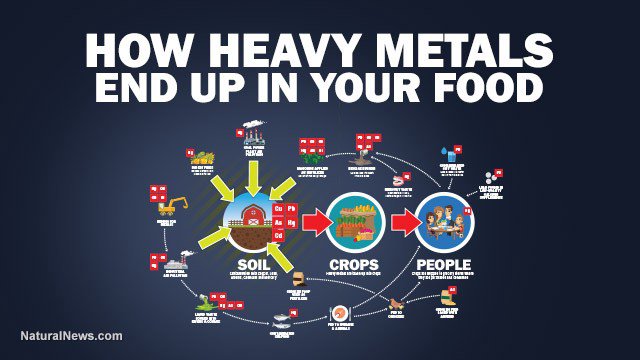 At his core, Dr. Joel Kahn believes that plant-based nutrition is the most powerful source of preventative medicine on the planet. Having practiced traditional cardiology since 1983, it was only after his own commitment to a plant based vegan diet that he truly began to delve into the realm of non-traditional diagnostic tools, prevention tactics and nutrition-based recovery protocols.